Sexual Assault – The “Not Secret” Secret 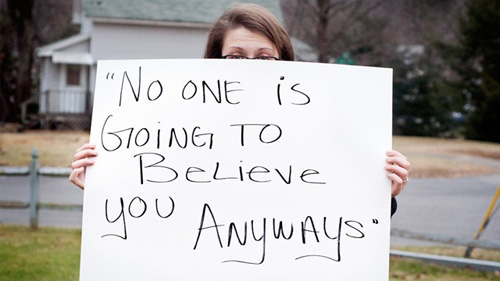 With the increased amount of news stories related to sexual assault, rape, and attempts at sexual coercion…Open dialogue has begun on the long time issue of sexual assault and many men are shocked that sexual assaults are regularly happening. Women joined together to tweet #METOO to expose just how common sexual harassment and assault is for women. The campaign gave a very personal face in the form of friends and loved ones to the often blanketed and hidden appearance of sexual assault and harassment victims. Good men are now up in arms and disturbed at just how widespread and personal it really is.

I have encountered men who feel upset that some  women hate all men. While it can seem to be an unfair judgement to hate all men based on the actions of a few, it is important to learn the perspectives of others as this is a symptom of a very real disease…rampant sexual harassment and assault of women throughout their lives. Women understand this is not new and science has always backed them up with evidence.

RAINN has substantial statistics and has been vocal about sexual violence in the US for years. These stats are just the ones from those interviewed (including crimes not reported to the police) and do not include harassment. It is a reasonable statement to consider that the numbers are likely higher.

Victims of sexual assault, rape, and/or harassment have a myriad of damage from which they have to heal. RapeVictimAdvocates discusses some of the effects of rape and assault on individuals (listed below). There are emotional, psychological, and physical damage that can be done in regards to these forms of abuse. For many women, these effects can be crippling and vary in manifestation, amount, as well as onset.

There is also evidence to show how this can also affect them financially and hurt their future endeavors in the workplace. Women drop out of college due to the amount of emotional strain it puts on them to cope with the assault. They lose wages from not being able to work because of counseling appointments (which also costs money). It can become a financial burden on them and there families. Costs from rape can range from $87,000 – $240,000 per act of rape.

A question some might ask is why don’t women report. There is evidence that women who report have a negative social response.

According to one study (in link above) women in turn are silenced due to the negative response they receive.

These reactions victims receive do not take into account the toll it has on them when they do report and have to psychologically withstand a full investigation with extremely intimate details being put on display for jury and media (though media tends to not report victim’s names). This alone is a deterrent for reporting a rape.

If a woman reports a rape or attempt, there is a 98% chance her attacker will walk free.

The media has been reporting more stories of individuals who are convicted of rape but serve little to no time in prison. Brock Turner only served 3 months time in jail for raping an unconscious woman at a college party. He was caught in the act by 2 other men. Even with this substantial amount of evidence the judge did not want Turner to spend more than 3 months in prison saying it was not appropriate. Even the father of the rapist said he felt his son shouldn’t go to jail for “20 minutes of action”. A sexual assault and/or rape does not even take that long.

Bill Cosby has had droves of women come forward about his sexual assaults towards them with no conviction but a mistrial from 2 jurors blocking a conviction. Most of the claims the women made are past the statute of limitations. So, it is exceedingly unlikely or legally impossible for Cosby to be charged criminally and even investigated. California has, however, removed the statute of limitations on rape September 2016 for assaults starting after the new law passed. Cosby is not alone in regards to the media reporting more men in high powered positions using their status to abuse women.

Additionally, assault victims are now being given ankle monitors to alert them of the presence of their abusers. Which has become a privacy issue for any victim who does not want to discuss why she is wearing an ankle monitor, a device normally given to criminals on probation.

There is a consistent point of view that appears in rape victim treatment as far as believing the victim in regards to false rape accusations. The current statistic is that 2-10% of cases are listed as “false reports”. It is important to note that these reports involved in those studies do not clearly state whether it was a false, baseless, or not enough to warrant investigation.

Many published reports do not clearly define false allegation, and often include data that falls outside of most accepted definitions (Lisak et al., 2010). The International Association of Chiefs of Police (IACP) upholds that, “The determination that a report of sexual assault is false can be made only if the evidence establishes that no crime was committed or attempted” (IACP National Law Enforcement Policy Center, 2005, pp. 12-13). The FBI and IACP have issued guidelines that exclude certain factors, by themselves, from constituting a false report (Lisak et al., 2010, p. 1320).

Insufficient evidence to proceed to prosecution

Victims deciding not to cooperate with investigators

While some police departments may follow these guidelines, it is not mandatory, and as a result, many do not. In addition, gaps in law enforcement training may inadvertently encourage identifying any of the following factors as indicators of a false report: delayed reporting, victim indifference to injuries, vagueness, or victim’s attempt to steer
away from unsafe details, suspect description, or location of offense (Archambault, 2005). As a result, many reports are classified as “false.”

Thus, it is reasonable to suggest that the “false reports” percentage of 2-10% is not accurate in the assumption it places that a sex crime did not occur. The lack of definitive information can not lead to the conclusion that a victim inherently lied about a sexual assault. The percentage can not be trusted and should not be used as an argument to not believe a victim which can lead to harmful victim blaming and/or withholding protective care, mental health care, as well as physical health care until evidence is collected.

The current system is not yet set up to effectively help victims of sexual assault. The back up rape kits that have yet to be tested show the lack of priority the legal system places on rape. One city, Memphis, still has over 600 rape kits untested with just as many rape investigations going on…this number is down from 12,000 untested rape kits in 2013.

The trauma women go through when assaulted can be exacerbated by the legal process from the previously given evidence. Victims do not often report do to the response they receive from professionals.Victims get blamed and/or interrogated to determine if they actually said NO as well as what they were wearing. Victims get tagged with ankle monitors making them feel as if they have done something wrong. The toll on the family is substantial and can spill into a massive financial burden. The statistics are startling and upsetting to many. Women do not report because there is seemingly no reason to speak out without some kind of backlash and/or it does no good. People rarely go to jail for rape. Rape kits go untested for years.

Shifting to the uproar many good men are experiencing in regards to more women speaking out. Good men out there in the world, this is not new to women. This does not mean they are bad men for not knowing. It means that women are so used to being objectified and harassed that the headlines pose no real surprise to us. The statistics of 1 in 6 are real…and likely higher. #METOO showed just how rampant this issue is. We are objectified most of our lives as women. Here is an article that addresses 34 things we do to avoid being harassed and/or assaulted…it is automatic to us by the time we are grown women. We have it ingrained in us that we could be the 1 in 6 at any time. This is what we call rape culture. This article HERE is a guide to explaining rape culture to good men. You adjust your behavior because of the bad men who seemingly have free reign in the current system.

Now, I want to address those men who are upset that they find some women hate all men. Good men should not take this personally. Instead see it as a symptom of a rampant disease called sexual harassment/assault. The woman who hates all men is likely the victim of repeated assaults. While it is not entirely fair for her to hate all men, bad men do not wear signs. A person can have a legitimate fear of snakes after having been bitten by several requiring hospitalization. The thing that separates those with a fear/hatred of snakes from those with a fear/hatred of men is that venomous snakes wear signs. Sexual assailants are not so easily recognized. They are often people close to women who have won their trust. People that were important and dear. How can a person recover and trust repeatedly if this happens so often?

A list of advocacy groups where you can contribute can be found HERE.

Other things you can do?

We as a society must work together to find solutions to help victims of sexual assault allowing them a space to discuss their experiences without receiving abuse. Women can not do it alone. It takes the whole of society to band together to stop harmful individuals from forcing our society to view women as perpetual victims who must prevent themselves from getting assaulted. Education is the first step. It is only through raising awareness and educating ourselves to the reality of the situation that we can develop understanding and initiate change for a better world.

All of my sources are in hyperlinks within the text.

One thought to “Sexual Assault – The “Not Secret” Secret”