“The Earth is not flat. It is hollow and expanding” – Why are we giving science deniers a platform? 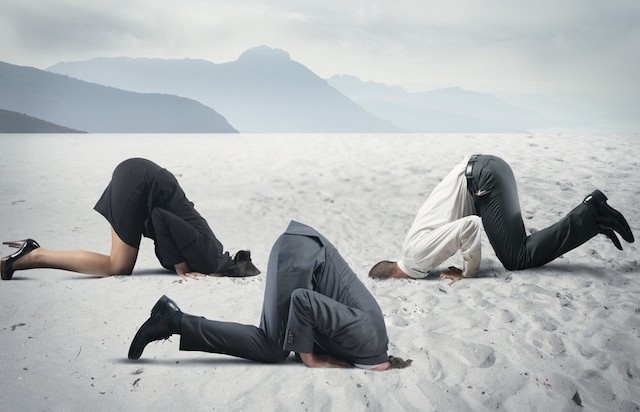 Since the beginning of my journey into this project of mine involving science communication, I have encountered the following types of individuals…

I am certain I can think of more science deniers that I have encountered, but these top 10 come to mind and are the ones often in my messages as well as mentions on social media.

In my dealings with them, nearly every single one of them have behaved according to this list.

The point? All conversations with these individuals have been completely useless and futile. There is no reasoning with, educating, or “correcting”, irrational individuals. I see conversations go on for days and days between people with knowledge of science and people who claim most if not all of it is lying/fake or use bad science to oppress others. The conversations go absolutely nowhere and no one is changed in perspective in either direction.

The only benefit from engaging with such individuals is to show just how wrong and ridiculous these views are. This should not be so time consuming, though.

Let us focus now on the amount of news coverage being given to science deniers.

The pushing of bad science in the antivaxxer movement is responsible for the deaths of people over the past 10 years due to preventable diseases. This should not have happened. This movement should not have been given such a platform in the media.

Insufficient science journalism in reporting the hype and not the science could have been a factor in generating such a large and continuing antivaxxer  movement that persists on threatening people’s lives.

The media did rather well in reporting the sexism behind the Google Manifesto. However, I wish the science discussing WHY he was so incredibly wrong in his arguments had be brought forward and discussed even more so.

Climate change deniers fall primarily into the category that they do not see this as a pressing need. They think this will not happen in their lifetime or even to their family. The media needs to be more proactive in discussing this science and how climate change can/will affect people in ways that they can see and feel. There is a distinct lack of that in the media. Instead, we hear mostly bad news without substantial link to WHY this is happening. With the recent trilogy of hurricanes, this is becoming a bit more real to these deniers.

Now let’s move onto the Flat Earth/Hollow Earth/Expanding Earth individuals. The media is giving them more free coverage. This is a big problem as many are not discussing how incredibly WRONG these people are. They report the information as it comes to them without criticizing the information they are given.

While I understand that the media needs to present an unbiased stance on content offering a “both sides” perspective, we aren’t really dealing with a “both sides” type of issue when it comes to science deniers. There is fact and there is fiction.

No one is arguing on the news about a group of people who say dogs are actually alligators and everyone else is lying. Any respectable news anchor would call out such an individual without pause.

Why is the media reporting on science deniers and not regularly calling out just how wrong they are? Propaganda style news networks are insulting and oppressive  towards many groups and heavily push pseudoscience. Examples can be found here and here

With the substantial threat to truth especially on social media given the evidence now being present (here) where Facebook holds some responsibility in hosting false information to sway the minds of people, it is critical news and media coverage address bad science, lies, as well as any stories  founded in fallacy that receive substantial amounts of support.

There is no question or debate on vaccine safety, Earth shape/contents, climate change science…ALL of the evidence is so incredibly substantial to the point we should no longer give science deniers a voice. There are no “2-sides” to these facts. There is “correct” and there is “wrong”.

If the news and media want to present a story on ANY of these things, they MUST call out the fallacy in these arguments.

It is irresponsible to remain silent knowing that bad science, propaganda, and lies so easily sway people when coming from the mouths of media…even if the intention was not to encourage belief in science denial.

We now know just how damaging being silent on things that are blatantly wrong can be. I urge the media and news networks to stop giving science deniers a voice or in the very least, discuss just how incredibly wrong they are.

Click on the topics if you would like to learn about Pseudoscience, Peer Review, Natural Selection, Climate Change, Vaccines, Autism, and Placebo Effect.