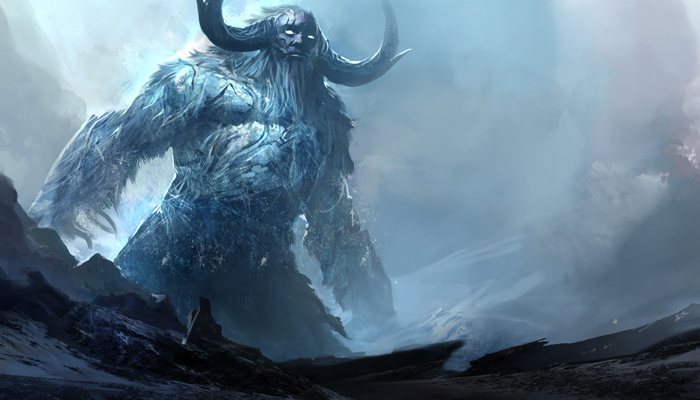 This entire article is a work of fiction. I am preemptively stating this due to the increased amount of people who ignore facts and spiral into the realm of fiction going with the argument, “You can’t prove it doesn’t exist, so you have to assume it is a possibility!” No, I don’t. So, I am going to tell you this is science fiction completely self imagined as a teaching exercise as to why and how it is people fall into this argument.

The world is a Magic 8-Ball full of organic materials that tell the secrets of the universe! Earth is the planet that’s most successful with life in our known universe! Scientists on earth all marvel at how many things they’ve uncovered through studying each individual aspect of our world.

Yet in the universe outside of our tiny 8-Ball planet are vast invisible giants who desperately seek answers but can’t communicate with scientists and people. They can’t hear us. We are far too small and our voices fall into frequencies they can’t hear. They don’t understand radio waves.

Yet, there is hope for the invisible giants! They shake our world from time to time using it’s magic 8-ball qualities to ask binary questions! We feel them as earthquakes. They find the answers in the Bermuda Triangle. It is a place that has held A LOT of mystery! Spooky empty ships, gas bubbles, and lost planes are the stories told and heard by the humans. The invisible giants can get answers  that say Yes, No, Maybe, Definitely, Try Again Later. These words are formed with all of the missing socks humans lose in the laundry. The invisible giants make decisions for the universe according to the answers of earth! They want life to sprout up everywhere. This is how the universe came to be and how it shifts and changes over time.

Now that you’ve read my story, I am certain you realize just how much it is an incredible work of fiction. But…I want to look at it in a way of the “You can’t prove it isn’t true.” perspective.

What are the facts in this story?

So what do we do? We generate a story about how things happen because it is entertaining, solves a mystery for us, and gives us some kind of closure so we need not be concerned with it.

Let us go into the perspective of “You can’t prove it doesn’t exist!”

No one can prove this story isn’t true! Therefore, invisible giants MUST be a valid/possible reason as to why the earth is and does.

Notice that the story linked things we CAN see/touch/hear/measure with things we can not sense at all. If I hadn’t written this as a blatant work of fiction and replaced a few words…it might could look more valid…but it is still wrong.

The world is full of organic materials that tell the secrets of the universe! Earth is the planet that is most successful with life in our known universe! Scientists on earth all marvel at how many things they’ve uncovered through studying each individual aspect of our world.

Yet in the universe outside of our planet are vast undetectable beings who wish to but can’t communicate with humanity. They can’t interact with us. We are far too small and our voices fall in frequencies they can’t hear. They lack the ability to translate radio and television broadcasts

Yet, there is hope for the undetected! They use earthquakes to communicate and shape our planet. They learn from the occurrences in the Bermuda Triangle. It is a place that has held A LOT of scientific mystery! Empty ships, methane gas bubbles, and lost planes all are a part of the electromagnetic fields and gases associated with the Triangle. The undetected can communicate through chemistry. The undetected use forces in the universe accordingly to the learn of earth! Life will sprout up in other planets similar to ours in other parts of the universe. This is how the universe came to be and how it shifts and changes over time.

There are still legitimate facts in this story, but the origin of the facts are not true. Yet, I can still say, “No one can prove my story isn’t true!” No matter what I do to this story and add what I want as long as I include things that are undetectable, this statement will always be correct.

Thinking like this is a “catch 22”. It can help generate new ideas to detect things. However, it can also be an exercise of a giant waste of time and life.

Why don’t scientists make instrumentation for undetectable beings and invisible giants to test to see if my story is wrong?

Cells? We couldn’t see them…until we made a microscope. However the idea that big things are made of groups of small things is something we can deduce from our daily life.

Dark Matter! We can’t see it! We know it exists because it pulls on things with gravity.

The point? Scientists work to make instrumentation to measure things as they have ANY kind of characteristic that shows it exists.

If there are no characteristics to show something exists, scientists have nothing to go on to develop instruments to detect it.

There is absolutely no logical thinking that leads to the idea of invisible giants shaking our world to get answers through the form of earthquakes. We can measure earthquakes and the impact on the planet. We know tectonic plates move as we can measure that. There is no mystery behind how this happens. If we had NO idea as to the mechanisms involving earthquakes, the invisible giant idea would be a good starting point in order to generate instrumentation and math to get to the bottom of the mystery. In that regard, humans are fantastic beings with imaginations that push for us to learn and seek answers.

The problem with the “prove it doesn’t exist” argument lies in that it will ALWAYS be valid and correct if something is outlandish and impossible to detect. This is not progressive thinking. This is settling for an answer that is easier than doing the work to find the evidence and data.

It is inherently sweet and romantic to think about invisible universe giants wanting desperately  to interact with humans. It gives us a greater sense of being special and belonging in the dark and cold void that is space. We are but living things that need love, care, attention, and affection…what a sweet thought it would be to have these undetectable beings watching us helping us not to feel alone…Yet, don’t we have each other for that?

To conclude, progress towards understanding the universe is scary. It is a difficult job at times to solve the riddles of the universe, but it is wicked fun to find the truth! We can not fall into the romance of the “you can’t prove it isn’t true” argument. It is at best a springboard to find answers, it is not an answer in itself.

Please feel free to contact me here or on Twitter/Youtube/Facebook if you have any comments or questions!